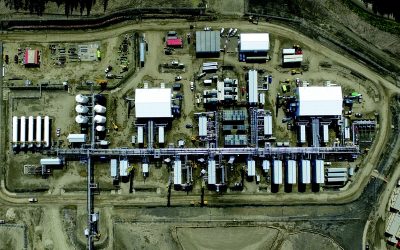 Hundreds of millions of dollars are expected to start flowing into B.C. in 2017 in the form of energy infrastructure investments, from the Trans Mountain pipeline expansion to the Woodfibre LNG plant in Squamish to natural gas wells, pipelines and processing plants in northeastern B.C.

While there is still uncertainty around major liquefied natural gas (LNG) projects, some are hopeful a recovery in oil and natural gas prices will improve the chances of at least one major project getting a final investment decision in 2017.

Both oil and gas prices are moving back up, thanks to a cold winter and agreements by key oil-producing nations to cut oil production by about 1.7 million barrels per day.

“The outlook is definitely that both oil and gas are going to gain in 2017 on year-on-year average terms,” said Scotiabank Economics commodities analyst Rory Johnston.

Oil and gas companies are planning to ratchet up their drilling and investment in gas processing plants and pipelines in northeastern B.C. and northwest Alberta in 2017.

“In some ways, I think it’s going to be an incremental year,” said Tim McMillan, president and CEO of the Canadian Association of Petroleum Producers. “We will see the rebound. Instead of reducing capital expenditure repeatedly, we will start to see a bit of a rebound.”