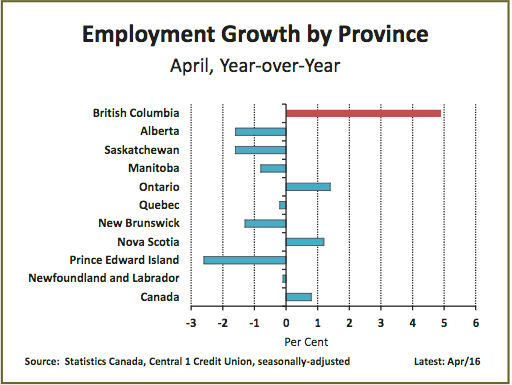 The highest job growth by far was in construction, at 6.2%, reversing a 0.4% drop in March. B.C. also added jobs in accommodation and food service jobs (up 2.9%). Utilities, educational services and retail and wholesale trade were other categories that saw job growth.

Metro Vancouver real estate and construction activity has been extremely heated. In April, Metro Vancouver’s housing starts were the highest they’ve been since 1972, according to Canada Mortgage and Housing Corporation. After seeing 20% gains in 2015, home prices continued to accelerate in the first few months of 2016: in April 2016, the average Greater Vancouver single family home was up 30% compared to April 2015.