B.C. expected to lead country in economic growth in 2017: BMO 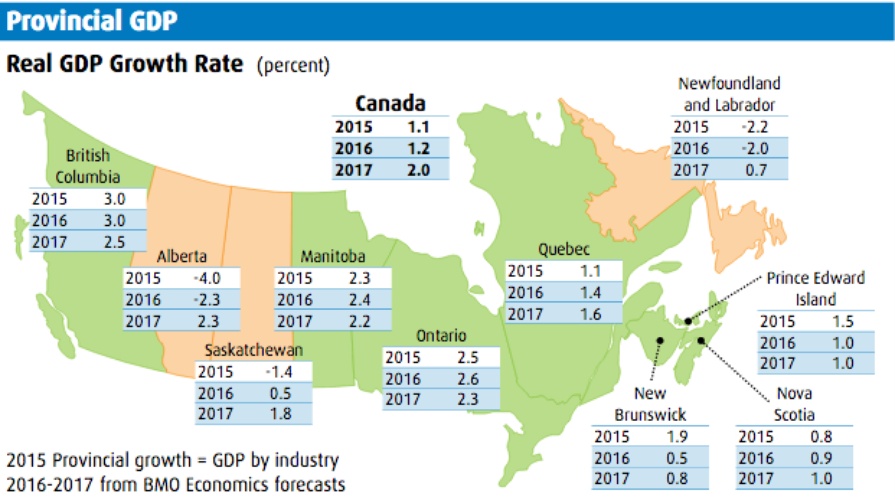 British Columbia is set to take top spot among the Canadian provinces for economic growth both this year and next, according to a BMO Financial Group report released October 6.

The province’s economy will grow by 3.0% this year, which is more than double the 1.2% growth expected nationally, BMO forecasts. In 2017, B.C.’s economy is forecast to grow a further 2.5%, compared with 2.0% nationally.

“This would continue a run of stable and solid growth averaging 2.8% over the past seven years,” BMO said in the report. “The province’s resource base is much more diverse (natural gas, base metals, forestry and little direct exposure to oil), housing has been roaring, while the combination of sturdy U.S. demand and a weaker Canadian dollar are a net positive for exports and tourism.”

The report points out that because B.C. is Canada’s biggest trading partner with Asia, slowing growth in China would hit this province the hardest.