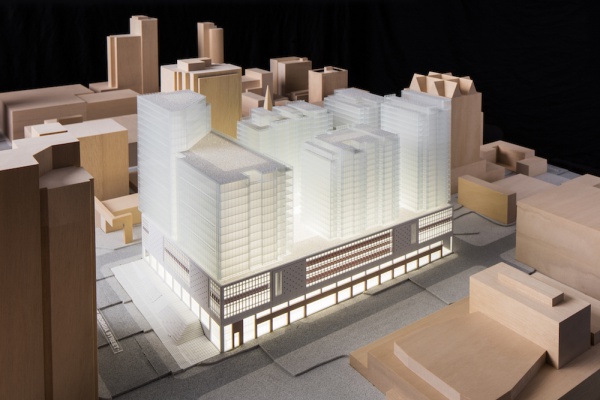 This project is billed as “the largest heritage revitalization project in the city’s history”!

But even without specifics, the message was clear; the post office is here to stay. Its new owner, the B.C. Investment Management Corporation, which purchased the building from the federal government in 2013, plans to build four towers, between 11 and 19 stories, that will more than double the square footage of the complex from 600,000 square feet to 1.5 million square feet. Two of the towers, backing onto Dunsmuir Street, will be residential, with a mix of 650 market rental housing and 200 condominiums.
Designed and constructed between 1953 and 1958 as the West Coast depot for Canada Post, the complex has been cited as an exemplar of postwar modernist architecture and has become a rallying point for heritage activists, regularly making Heritage Vancouver’s Top 10 Endangered list.

Read the full article on BC Business.