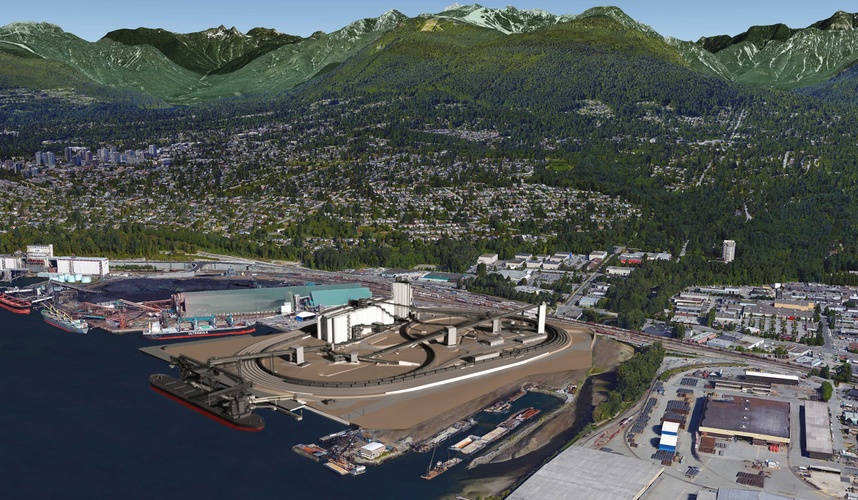 A new leading edge grain terminal planned for the North Shore will be built on a 65-acre site leased from the Port of Vancouver, immediately west of the Second Narrows Bridge.

It will speed the shipment of Western Canadian grain using a novel approach to the way grain cars are handled and unloaded.

It will use a looped railway yard that will allow trains to move in and out of the terminal without having to uncouple cars. The terminal will also allow for larger bulk vessels, allowing more grain to move with fewer, but larger, ships. The terminal will be two-to-three times faster than other grain terminals. 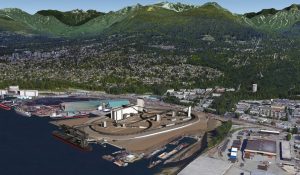 In 2014, the logistical flaws in Canada’s movement of grain were highlighted when a severe bottleneck occurred, stalling grain ships in English Bay.

The bottleneck was the result of a bumper crop on the prairies in the fall of 2013, a severe winter that held up trains and a trucker’s strike at the Port of Vancouver. Farmers were stuck with operating debts; they couldn’t pay because they couldn’t get their grain to market.

Gerrand said a new terminal is needed because the amount of grain Western Canada is expected to export is growing.

The new terminal is already permitted by the Port of Vancouver. Construction is expected to begin in March 2017, with a completion date of June 2020. Once built, the new terminal will employ 50 people.