Just five years ago, the most valuable export commodities coming out of the ground in B.C. apart from trees were copper and metallurgical coal.

But in 2015, the value of B.C. food exports surpassed both copper and metallurgical coal. Met coal used to be B.C.’s second most valuable export, next to lumber.

Copper exports in 2015 were valued at $2.9 billion, according to BC Stats, and outbound metallurgical coal was worth $3 billion. Agri-food and seafood exports in 2015 hit a record $3.8 billion. 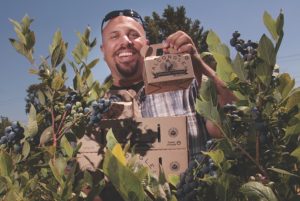 While the sector’s displacement of met coal or copper in terms of the value of its exports is partly attributable to sustained low resource prices, B.C. Agriculture Minister Norm Letnick is also taking some credit. He points to his government’s 2012 B.C. agri-foods strategy, which was updated in 2015 and now aims to raise agri-food and seafood revenue to $15 billion by 2020.

“Agriculture is a key part of our economy,” Letnick said. “It employs a lot of people, creates a lot of GDP.”