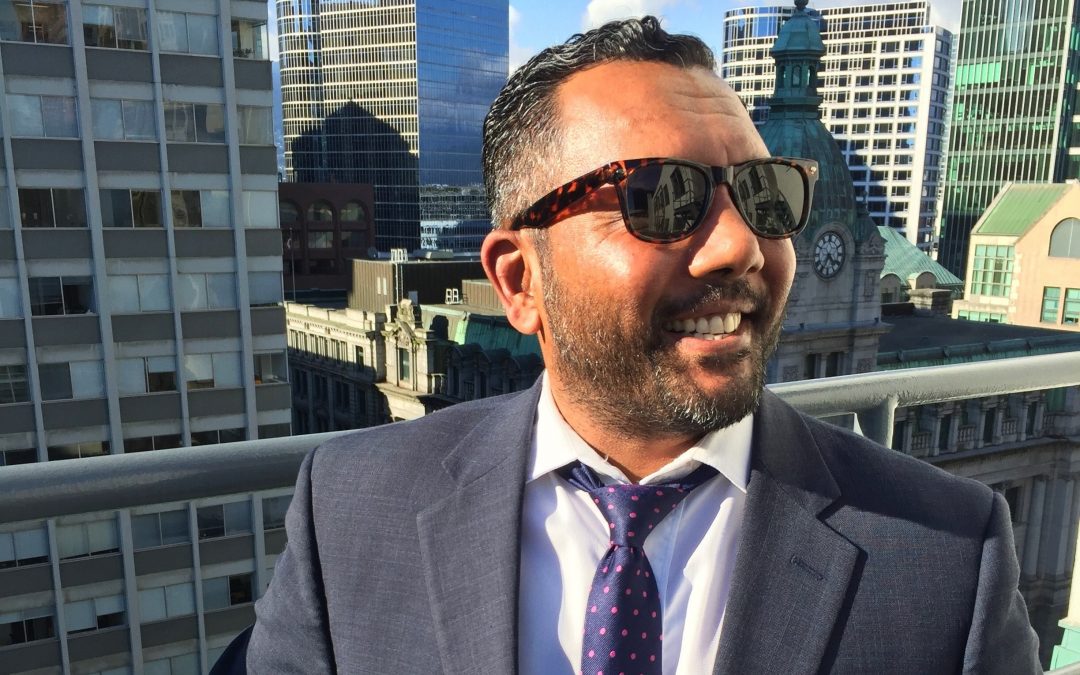 You couldn’t imagine The Office without Michael Scott, and we couldn’t imagine Impact without our Michael Scott. He was born in Nairobi, raised in Australia (pronounced ‘Straya, if you ask Michael), and has made Vancouver home for the last 16 years. In our 4th edition of Impact’s Meet the Team series, we introduce you to the man, the myth, the legend: Michael Scott.

Katie: So you’ve travelled a ton, but you finally decided to settle in BC. Lucky us! What was your first job in Vancouver?

Michael: My very first job here was one I got through a temp agency. It was a very exciting role doing inventory stock-take at Napa Auto Parts for 4 straight weeks (laughs). As it turned out I ended up being a very reliable temp, so my next role was a 9 month contract at TD Visa Call Centre. It was after that contract finished that I was approached about an opportunity to start up the accounting and finance division of a local recruitment company. I was quite familiar with the company, because to be honest I popped in all the time to see if there were any jobs available that were better than the call centre (laughs). Anyways, they presented me with this opportunity and I thought why not, I figured I’d give it a shot.

K: Wow, seems like a pretty big jump to go from call centre rep to heading up a whole division!

M: It suppose it does seem like it, but I already had a fairly extensive business background, so I felt prepared for the challenge. I’d been heavily involved in a couple successful start-ups back in Australia, and I had some previous recruitment experience as well so I was like, “Yeah, I can do this!” I was just happy to have a real job, like a proper job that didn’t involve counting auto parts (laughs).

K: And after that, you joined Impact?

M: Not quite yet! I spent some time working various roles in HR, recruitment and consulting, and then I reconnected with Jeff [Impact’s CEO]. We’d met a few years before, we were actually direct competitors for a while. I was making a career move and wasn’t sure whether to stay in-house or to come back to an agency. I was a bit hesitant because there were some things about agency recruitment that didn’t necessarily align with my personal values and ethics, Jeff and I started talking and I remembering him saying, “Let me tell you, Michael, it’s going to be different here.” So we kept talking, negotiated for weeks on end –

M: Literally, the discussion went on for weeks. Eventually I said okay, I’ll give you 6 months to start with and we’ll see what happens after that. That was 6 years and 3 months ago. 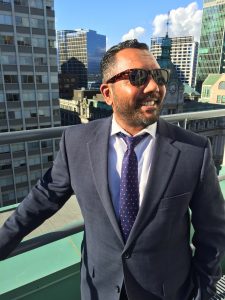 K: What made you choose Impact?

M: At that point my life was at a bit of a crossroads, both personally and professionally, and I knew this opportunity had serious potential. I joined Impact with eyes wide open, ready to give it my best shot. In one of our earliest discussions Jeff told me, “We promise honesty, integrity and quality – those are our value points.” And that was important for me. It was important to know that the same things I valued, the company did, too.  I think, more than anything, it was Jeff’s directness and his honesty that convinced me that this was an opportunity I didn’t want to pass up.

K: What sort of person do you think is a good fit for this company? Are there certain qualities you believe they need to have in order to be successful?

M: As we’ve grown as a company, our divisions have developed their own unique sub-cultures within the overall culture. That’s allowed me to create a very specific Michael-style of management in the Building Division. To be successful in my division there’s a few things I think a person needs to have. First, a high level of honesty and integrity is absolutely crucial. Second, a strong work ethic and an eagerness to put in the hard yards. Finally, being a good listener. Listening is an essential trait in any successful recruiter. And when I say that, I don’t mean listening just for the sake of listening. I’m talking about really listening; listening to the conversations that take place around you and being able to listen even while you’re in the middle of something else. It’s a skill that is incredibly beneficial.

M: It’s going to have to be a multi part answer.

M: (Laughs) Okay, so part one is being open to learning from the rest of the team. Use their knowledge and experience, and let it make you a better recruiter. And the second part is to make sure you keep your ears wide open and listen to everything going on around you. My aim for my team this year is to make them even better at asking the right questions, of the right people, at the right time, for the right reasons. If you’re good with all that, you’ll do great, and you’ll have a ton of fun.

K: That’s some pretty good advice. What’s the best advice you’ve ever been given?

M: The best advice I’ve ever received was from my mother, she used to always say to me, “Michael, you’ll always be the one that makes mistakes, but you’ll always be the one that learns from them, so don’t ever try and change that part of yourself.” And I love that, because it gives you license to try things, and if you mess up, that’s okay. What’s important is that you keep learning, don’t make the same mistake too often, and try and take something good out of every situation.

K: One more question, can you tell us something you’d like to do in the next year that you’ve never done before?

M: I’m a bit of an adrenaline junkie, and I still haven’t parachuted – but that’s just such a cliché answer! I think I can do better. Let me think. Well, there’s a very responsible, professional answer and that’s to oversee the expansion of my specific division into the East Coast market. That’s a big one. On a more personal level, I guess it’s a mixture of things, mostly based around sports (laughs). Skydiving is definitely one, I also want to take another Momentum Ski Camp in Whister and really get my skiing back to where it used to be. I want to go on a week-long golf trip, oh, and I’ve never been to the East Coast of Canada, I’d really love to go to Halifax. Something else I’ve always wanted to do is visit the Yukon, ideally during the summer and then also during the winter.

Connect with Michael on LinkedIn, or send her an email at michael@impactrecruitment.ca. If you have any questions about partnering with Impact Recruitment, or would like to inquire about job opportunities, feel free to give us a call at (604) 689-8687.